On the 8th of October 2017, in Rafina (Greece, East Attica, Municipality of Rafina - Pikermi), the 1st Focus Group meeting was organized by PP4 – University of Piraeus and was held at the local hotel (Hotel Avra) with the target to discuss with local stakeholders the potential of fishing tourism activities in the area of East Attica and specifically Rafina, their potential role within the TourisMed business model along with strengths and weaknesses of the implementation of the model.

How the Model can meet the local needs and potential?

TOURISMED business model could be fully adopted in the coastal area of East Attica and Rafina. Rafina used to be a traditional fishing coastal village. Nowadays very few locals are involved with fishing. Today fishing activity tends to be neglected especially by young people, since the income is very low while the maintenance costs are still high. Rafina local association of artisanal fishermen counts 80 members (while the municipality of Rafina and Pikermi has 20.000 habitants), but only half of them are active and they are between the ages of 48 – 65 and non english-speaking. Though, the local settings and conditions are ideal for such business alternative schemes: proximity to Venizelos airport, 2 million tourists/year stop by Rafina to take the boat to visit Cyclades islands (they don’t currently spend time to Rafina), the wider are is rich in historical, cultural and natural resources for visits to be combined to fishing tours.

Which kind of activities would make the experience truly special for the tourists?

A fishing trip should combine at least a trip to the sea and the activity of fishing. It is not that tourists will fish on their own during the entire trip. They will enjoy the sea, they will listen to local fishermen describing their daily life, the difficulties met and the ‘wild sea’ stories they have. They will also check the vessel and the equipment, while they will see the process of fishing. It would be nice to have on board a book or an explanatory brochure about fishing activity and tradition in Rafina, to show to them historical photos of old vessels and different fishing methodologies. Further, the visitors could buy books with traditional recipes. The fish trip should have stops to natural, historical and cultural landmarks close to the area of Rafina. The fisherman or other guide should be able to explain to the tourists the importance of the site and its background, how it is connected to the local society of modern era, etc. 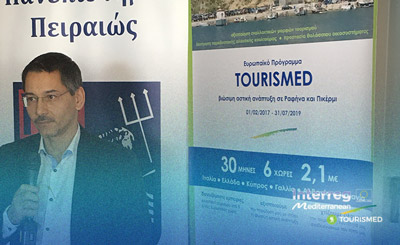 What are the main strengths of the area?

Rafina is the 2nd biggest port of Attica, a getaway to Cyclades islands but also has a small fishing and recreational marina, since the area was a traditional fishing village. Rafina is close to Eleftherios Venizelos airport and such fish trips could be advertised even at the Airport. Two million tourists each year stop by Rafina to take the boat to visit Cyclades islands but they don’t currently spend time to Rafina. A well-targeted marketing strategy could make them spend from a few hours to a couple of days in Rafina. The wider area is rich in historical, cultural and natural resources for visits to be combined with fishing tours.

Historical, cultural and natural assets to be combined with fish trips

Valanaris river, beautiful landscape, high biodiversity of the area, especially the bird fauna. A coastal walking path allowing visitor to walk through natural and cultural sites. The “Marikes” beach with small ‘blockhouses’ – fortifications with loopholes from where soldiers fired in various directions, built by the Germans and the Italians during the Second World War. In addition Marikes beach has a small park with worth seeing fauna and flora. The so-called “Cement ship”, one of the twenty or so, ships built by the Germans with cement hulls rather than iron. Rafina played an important role during the German occupation (1941-1945): several well-known politicians of that time escaped from Rafina’s port to the Middle East. Agios Nikolaos, a picturesque chapel (1947) very close to the coastline. Several beaches along East Attica coast. 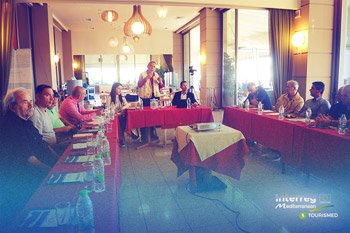